The Night We Hijacked Leonard Cohen, with digressions

Inspired by McKinnon’s “Chairs in the Time Machine,” I thought my virgin blog post should tell the story of the night we hijacked Leonard Cohen –– yes, the Ladies Man himself, the real McCohen, the Cadillac of Cool, the Prince of Power in the Tower of Song.

I’ve told some of this once before, at the North Vancouver Public Library event celebrating Dorothy Livesay, by way of apology to the shade of Dorothy for hijacking her guest of honour, so long ago. But here I get ahead of myself…

As a rule I’m not much good at remembering dates unless associated with paintings or exhibitions, but the year had to be Fall 1966 –– during the first year of my MA at UBC before I ditched the program, and the time a bunch of us, with Milton Acorn’s encouragement, started The Georgia Straight in Spring1967.

Two Canadian poets more unlike Milton and Leonard would be hard to imagine. Milton came from a working class PEI family, Leonard from wealthy Westmount. In fact, Leonard’s house bordered Westmount Park, and I learned to ski on that little hill, whizzing again and again past the leaded glass library windows of his family mansion before crashing into the snow fence at the bottom.

Milton was one of the ugliest men on the planet, but a face of molten lava with its own beauty, and Leonard is still one of the most handsome, with a visage that has aged into extravagant nobility. And Milton always lived in relative poverty, whereas Leonard, despite managerial rip-offs, has always seemed to live the exalted life of an international aristocrat, even within Buddhist levels of minimalism. Milton wore ragged workmen’s clothes from the Sally Ann and always smelled in need of a bath, while Leonard could always model for the most elegant and expensive of men’s couturiers. 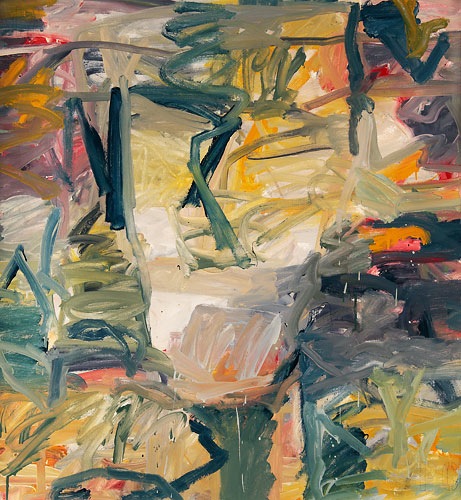 I spent more time with Milton than with Leonard–– OK, Lenny and I never did hang out, and he never slept over, terrifying the kids in the morning as Milton did –– but Leonard was at my first poetry reading at McGill and even came to the party afterwards. As some might remember, Leonard’s stunning The Spice-Box of Earth was the inaugural book in Louis Dudek’s McGill Poetry Series, and my first, Bring Forth the Cowards, was the seventh.

At that 1964 reading, Earle Birney was the old pro main event and I was the sidebar, the newbie terrified out of his skull. Bring Forth the Cowards had just been published, and this was my introduction to the big bad world of public readings and Can Lit at large, and some of the poets we beginners revered were there, notably Irving Layton and Leonard Cohen. And notably, all four of them –– Layton, Cohen, Dudek and Birney –– gently urged me past my jitters and got me to read. And afterwards Birney invited me to Vancouver to do an MA in English with him at UBC. Another story.

To my surprise Seymour Mayne had also landed at UBC to do his MA. We had always been friendly rivals at McGill, and we were both welcomed to the Vancouver scene by a note in the Ubyssey as these “two Montreal poets who would soon leave with their tails between their legs.” Very nice. We stayed and we were both in the grad seminar in poetry given by Dorothy Livesay, now rightly regarded as one of the grandes dames of Canadian poetry. Like Warren Tallman she often held seminars at her house, feeding us her wonderful African chicken stew, and wafting through the rooms, a glass of wine in one hand, a cigarette in the other.

As it turned out, Seymour was lodging in Dorothy’s house in Kitsilano, and when the young and already world famous Leonard Cohen arrived to give a concert at UBC, to sing solo with acoustic guitar, Dorothy and Seymour jointly hosted the party after the concert in honour of the visiting troubadour.

The concert was wonderful, mesmerizing, the young and beautiful Leonard on stage, vulnerable, singing of Suzanne, birds on a wire, sisters of mercy, his slightly nasal voice not so deep and throaty as it would become. And then the car rides to Dorothy’s. At the time I had a VW van I’d bought from a California surfer and hand painted British Racing Green with a big brush. It looked (and drove) like shit, a tin can on wheels.

And as one might predict, the gathering, despite Dorothy’s eccentric charm, became a little boring, and where was Leonard? I suspect he wasn’t much for sidling around University parties making small talk and, sure enough, there he was, sitting alone on the stairs looking, well, a little ignored and bored. Were the academics afraid to chat him up?

Poor Leonard. Perhaps he was used to wilder, more Dionysian affairs in Montreal, New York, Paris, Hydra? Perhaps the UBC tweed jackets and pipes didn’t cut it? I went up the staircase and sat next to Leonard. To tell the truth he didn’t remember me from Montreal, I was a stranger and couldn’t presume upon past “friendship.” Nevertheless, I took pity, and with not a little mischief in mind, asked if he wouldn’t prefer to split and see some crazy 60’s Vancouver at night? Yes, he did, let’s blow this popstand, and here I was in a bit of a jam.

How could I hijack Leonard Cohen, the guest of honour, from Dorothy’s and Seymour’s party without incurring the wrath of hostess and host? And where would I take him? This was before cell phones, I had to use Dorothy’s house phone, not an easy trick, to set up my nefarious scheme: I called ahead to Rick Kitaeff, another Montreal expatriate and jazz aficionado of the low life, at the infamous Hamilton Street crash house and told him to make ready, Ladies and Gentlemen, Mr Leonard Cohen was on his way. The deal was, I’d bring up the VW van and Leonard would slip out the front door, trip down the walk, as if going for fresh air, to see the stars…

Seymour, sharp as ever, caught wind pretty fast, and was, to say the least, not pleased. And looking back, I can’t blame him. As for Dorothy, I don’t think she noticed a thing, bless her, being so immersed in her wine smoke haze. With Seymour fuming at the front door, Leonard jumped into the green VW and we made our escape to Rick’s crash house at 555 Hamilton.

At the time Rick and Annie’s living and dining room, the main floor, was doubling as a movie set for an underground film. Who knows who was making it, acting in it, writing it, just another one of the improvised revolutionary acts of art Vancouver was becoming notorious for in those days. But word had spread, ladies and gentlemen, and despite the late start we had a full house.

Now we had our man, how to entertain him? We did promise “wild Vancouver by night,” something other than the genteel, mildly alcoholic discourse back at Dorothy’s. Happily, Rick and I had a genuine ace up our sleeve, the legendary Marcel Horne, aka El Diablo, a six foot six stunner with wild blonde hair swept back. He’d grown up in a circus family in Europe and was now the leading light of the travelling West Coast Circus. A Fire Breather. A Knife Thrower. Another Ladies Man.

As the main floor was rigged as a movie set café, with booths along either wall, there was a long corridor down the centre, some twenty feet or more, space for dancing and more important, space for the climax: El Diablo’s spectacular fire-breathing tribute to Leonard Cohen, a blast of flame from one end of the room to the other, scorching the paint on the end wall and singeing those the flame passed. The jet of flame roared by like the Blakean voice of god. Shwhoooosh! Leonard, I think, was impressed. He smiled his complicated shy smile and maybe even said, “Cool.”

Of course the other highlight was watching the girls and women make heavy plays for Cohen, a parade of seduction, an encyclopedia of sexy moves, pure Fellini. Leonard, however, conducted himself with perfect charm and grace, subtly deflecting every female maneuver with the utmost kindness, the sweetest mercy. The night went on. There was much music, maybe we even played the songs of Leonard Cohen. But it was getting late, closing time for sure, partners found, partners lost… The magic VW bus was waiting at the curb.

Around 4 or 5 in the morning when I dropped Leonard off at the Georgia Street entrance to the Hotel Vancouver, he had enough energy left to smile and do an amazing impromptu comic dance up the steps. Laydeez an Gennamen! Mistah! Lennard! Ko-en!