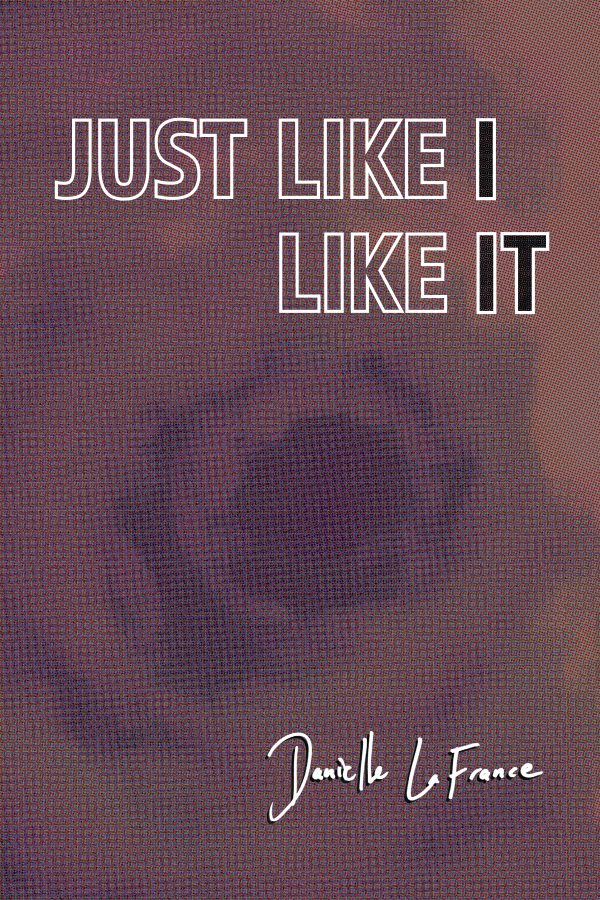 Leah Sharzer     We’ve been walking and talking about JUST LIKE I LIKE IT ( JLILI ) and noticing its slips of language. One of my favourite lines from the poem “It Makes Me Illiad” is: “By the authority infected in me, I pronounce it / perfectly alive.” Actually, now that I’m writing it down, “slip” seems inaccurate because these are more like “fuck-ups.” They feel deliberate. I imagine these troubling new expressions as the speaker’s weapon against the standard flow of language, against the right way to say it.

Matea Kulić     Yeah, speech is patterned, especially idiomatic expressions which seem to be associated with a very deep place of language. The logic of an idiom, at least for “native speakers,” creates a situation where the sentence almost completes itself. So I too saw these “fuck-ups” as a way of working against the already-known. LaFrance uses these linguistic log jams or “cram techniques” (her words) in lines like “As it kills, fix it, dear Henry” and also in the use of slightly altered song lyrics such as “Thank you Canada. Thank thank you silence.”— a riff on Alanis Morissette’s line “Thank you India.” These troubling new expressions are also to be wielded against state violence/silence and our complicity/complacency to its (capitalist) flows. But as the author writes in the last section of the book, “poetry is never enough.”

LS     I was curious to know what you made of that final section, “NOTESKNOTSNOTSNAUGHTS.” There are many possibilities crammed into this title: notes, not, know, naught . . . and now I’m seeing no too. Unsurprisingly, this “explanatory” section both fulfills and resists our desire to understand the rest of the book. My younger self would have concentrated on how the poet resists meaning, but now that I teach literature, I sympathize with my students who sometimes just want to know, “what does it all mean!” For example, LaFrance tells us that “ ‘I am dead because it’s stupid I pronounce myself to it dead’ comingles with the emotional turbulence of Friedrich Nietzche’s aphorisms ‘I am dead because I am stupid’ and ‘I am stupid because I am dead.’ For me this referencing is generative rather than conclusive, generous rather than aloof.

MK     On my first reading of JLILI, I had trouble sitting down with it. I was reading the words, and it wasn’t as if they were complicated or inaccessible, but somehow I wasn’t absorbing them. I had the urge to stand up and read the words out loud, almost yelling — but my daughter was asleep in the room next door, so I had to yell in a kind of muted fashion, pacing around the kitchen. At the beginning of “NOTESKNOTS . . .” LaFrance writes that “‘IT MAKES ME ILLIAD’ begins with rage” and that “rage is to be sung,” but, she adds, “at what tempo?” While I was pacing, I thought about the word persona and how rage is not a tempo you can sustain outwardly for an endless duration. So I saw in the end section — LaFrance talking about her writing process, her residencies, her Greekness, her nuanced response to the accusation of sexual harassment levied against Avital Ronell. . . . I don’t want to say that we’re getting the real Danielle here and not her poet or public persona — but I saw, as you say, a generosity, a slower inward tempo (more like hushed yelling), while at the same time a refusal to allow the reader any positive conclusions, like aha this is “it.” At the end of our walk we said,“we get at it but we don’t get it.” So there’s no satisfaction . . .

I feel like there’s so much more we could talk about — war narratives, masculinity, simultaneous inputs,
saturation, sex — but we’re already past our word count. Do you have any last words?