An archival recording from the second season of The Opera Project, September 22, 2012.

The Opera Project was conceived by Tom Cone and Karen Matthews in Fall 2010. The first commissions, including Tom’s Love Thy Neighbour (for the libretto see ti-TCR #4), were performed in May 2011. The second set, including La Crise: un drame d’Ubu Moi et Toi, was presented on September 22, 2012. The evening was dedicated to Tom Cone.

Colin Browne’s introduction to The Opera Project and the text of the libretto appear in TCR 3.18 / Fall 2012. 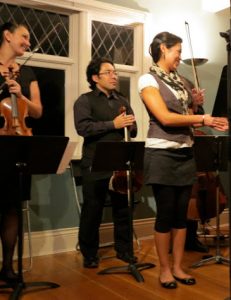