Chairs in the Time Machine / An Excerpt

The following selections are from an unpublished manuscript of prose assemblages, Chairs in the Time Machine.

Professor Layton is standing at the front desk peering at the 35 students in alphabetical order before him: “McKinnon, what’s the answer to question number three?” Anxious and embarrassed, I replied “ I don’t know sir.” – again for me, the old familiar wave of diffidence. “Marty, what’s the answer to question number three?” Sid boomed his answer with confidence: “The central metaphor in this poem emerges from the poet’s and man’s struggle between good and evil”. Layton would listen, head a bit cocked maybe listening for a slip-up, but then with his own booming voice would say: “Very good, very good Mr. Marty,” and perhaps add his own short comment and then move on to the next student and Perrine’s question number four.

I felt dumb and defeated in this class, hated the text (Lawrence Perrine’s An Introduction to Modern Poetry) and envied Sid’s academic ability to write and express his thoughts on the questions that baffled me.

Layton gave the occasional full lecture, two brilliant ones I remember: one on Communism and one on the symbolism in Roman Polanski’s film Repulsion. But in retrospect, and now knowing more about his personal life, marital difficulties, and heavy workload at that point in his life, I sense that he probably chose Perrine’s text to make his job and life a bit easier. Each class was structured on the students’ answers to the questions at the end of each chapter. I didn’t have a vocabulary for academic literary analysis, nor any interest in studying poetry this way. It was high school all over again. I wanted to hear Layton speak and give us the goods. Instead, the semester plodded on, and me fearful that my name would come up for an answer I couldn’t give. I began to hate the formal study of poetry; poetic analysis and complicated prosody seemed reductive.

I got the lowest mark I ever received in university: A “D” FROM IRVING LAYTON. 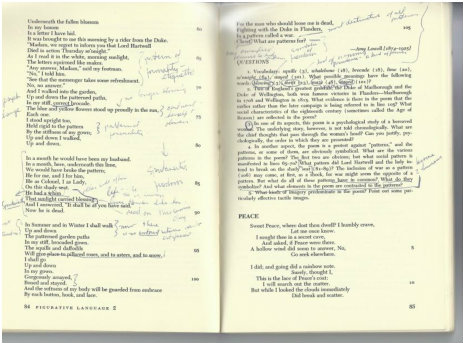 Layton’s creative writing class was another story. I remember the anticipation of seeing him that first night of class. He walked in on time, lit a cigarillo, and welcomed us to the workshop. He was nattily dressed in a thick corduroy jacket, shirt and tie, dress pants – a mix of coordinated browns and greens – and polished dress boots. He was impressive. He was famous. He was, despite my later difficulty with his bombastic and dogmatic side, a Canadian literary hero taking large risks with his art and life.

The class was held for three hours, once a week, in the evening – tables arranged in a semi-circle of 12 or so students. In this context Layton was casual, ready to improvise, but also to take us through prosody, mechanics of the craft, answer questions, prod us into useful criticisms of each others’ work, and make editorial comments, or tell interesting stories when he saw the opportunity. He would always read each student’s submission out loud, and because of his sonorous voice, could give weight to even the worst sentimental rhyming doggerel. But if the poem or story were bad of flawed, he wouldn’t let us leave until he or someone in the class, admitted to it – usually the guilty writer. The criticism may have been a crushing blow to some, but his summaries and suggestions always seemed accurate and fair. Negative comments never came without encouragement. He wanted the best from us, and the best for the poem. I said very little in class, though do remember the night that the CBC visited the class as part of a radio documentary on Layton. I was asked by the moderator, “why did you take this class?” My spontaneous answer was, “To see what my poems mean!” and received a few chuckles.

I handed in my manuscript at end of term. Irving Layton gave me an “A”.