drifters we are
planted

a range of foreign points
to estevan menace

from the america of olsons kingfisher
& a capital of trees

duncans fields—
to dance a game of creation

the clutter of it all 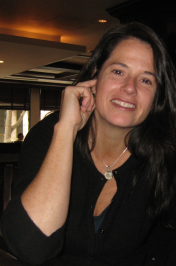 The biographical note at the back of The Capilano Review’s “Collaborations” issue (3.4; Winter 2008) is deceptively thin: “The collaborations between Graham and mclennan were originally composed at Pubwells Restaurant on Preston Street in Ottawa on Friday, March 24, 2006.” It was Winnipeg poet Dennis Cooley who originally introduced me to the American poet Lea Graham, since he knew we both were doing work on the Saskatchewan poet Andrew Suknaski. Graham and Cooley had even met, I believe, through a conference on prairie literature not long before, and discussed the poets of the Canadian prairie, from Suknaski to Arnason to Kroetsch to Cooley himself. I’m sure there were many more. When Graham first came through Ottawa for other reasons, visiting friends over the Christmas holidays, we spent an entire evening in a Scottish pub on Rideau Street, talking non-stop about writing and writers, pouring over knowledge we were desperate to trade. It was as though we had known each other for years, and bored her husband to the point that he returned to their hotel room, exhausted from trying to keep up. That might have been some two years before the collaboration began, I can’t really recall.

There was a period of years I composed afternoon in the window of Pubwells, half a block west and another north of my Chinatown apartment, just along Preston Street’s Little Italy. It was where I composed the last six months of my first novel, white (The Mercury Press, 2007), and the same of my second, missing persons (The Mercury Press, 2009), among so many other projects. When Lea Graham spent her two or three nights on my couch, we entered the restaurant for breakfast, somewhere just before 11am, and emerged, twelve hours later, exhausted, a little drunk, and with a small mound of poems composed, edited and nearly agreed upon. We had almost begun.

Since then, Graham has driven her car north a few times now, the eight or so hours originally from Worcester, Massachusetts, and later, from her current home in Poughkeepsie, New York, just along the Hudson River. I published her chapbook Calendar Girls in 2006 through above/ground press, and more than a couple of times we attempted collaborating on poems, although not always successful. How does one begin? How does, as Kroetsch once asked, begin to write in a new country? Our first session, obviously the most effective so far, was that afternoon into the evening of March 24, 2006, when we composed about a dozen pieces, some of which appeared in The Capilano Review, and the best of which appeared as metric: a collaboration (above/ground press, 2010). A second run was attempted a year later in the same location, but various distractions kept us from achieving any sort of traction. On the surface, her own work existed closer to the arguments presented by Ottawa poet Stephen Brockwell than my own, and the conversations they shared on Wallace Stevens and the formal line. Years of conversation, debate and friendly argument between myself and Brockwell about form, and American Graham, with her accented, Southern twang, sat somewhere in the middle, between. The finest example might be the poems that made up her trade collection, Hough & Helix & Where & Here & You, You, You (Reston VA: No Tell Books, 2011), from sestinas, fragmented lyrics and the occasional prose-poem, each piece expanding her repertoire ever-slightly.

Given our discrepancies, how would we ever find enough common ground to collaborate? We were like two strands of DNA that merged briefly, with sprinklings in each poem of our agreed-upon, from Dennis Cooley to Bill Allegrezza, Stephen Brockwell to further points, before twirling off into opposite directions. A subsequent attempt at further collaborative poems haven’t quite found themselves, yet, and might not. I refuse to give up entirely, on that, or the eventual visit I’m planning to pay to her Poughkeepsie, New York, down along the Hudson River. I’ve been planning for years.

These days, she’s writing a series of prose poems in the guise of letters to our dear friend, the late Robert Kroetsch, and some of them are quite magnificent. In a draft of her “Dreaming Notes: To Robert Kroetsch,” she begins:

On Tuesday it was you dressed in Shakespearian ruff & tights, sliding on your knees to deliver your lines. The floor shone warm like a basketball court & we all liked each other. At four a.m. I awoke angry. Who knows what would have happened? Champagne in the janitor’s closet? “Windy” from a horn section? We might’ve walked out in the snow, to a whole city raining calendulas & all for you.