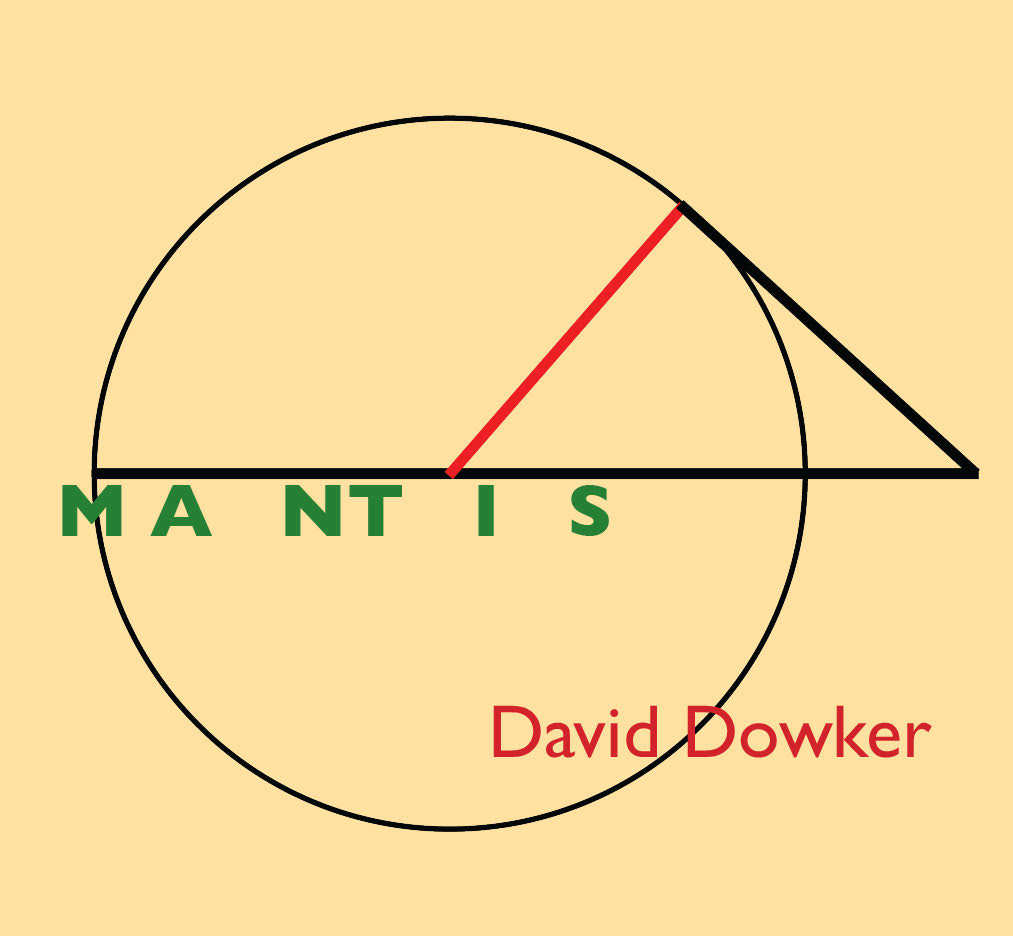 Dowker’s poetry sticks to the mouth. It thickens “slag bulk / consonant / but not / annealed” on the tongue. An erasure of Clark Coolidge’s The Maintains, it attends to its materiality in a play between space and sonics. Its language is organic substance sounding out its body, so that, when read aloud, it convenes viscous formations over the blanked space of a source text.

Charles Bernstein understands The Maintains to be a “word mine of language” and later an “excavation.”1 Here, Coolidge’s attention to language’s materiality is not an attention to its environment, but rather to its extraction. Words get used up. Mantis gestures otherwise toward the relational in language poetry. It gathers carefully from Coolidge in what Dowker calls a “gloss from the given harmonics”—not a hermeneutic of fracking, but a marginal poetry of gleaning. Dowker’s work exceeds but does not explode its roots. Its insistence on non-extractive interaction is a collaboration with permeable resources of texture and sound, the “erasure / basis / principally / porous ore.” It makes Coolidge sensual. It archives a touching between texts. It imagines the possibility of erasure as generative and hyper-relational.

Some words disappear to make others more visible. The poetry that results means only in relation to its antecedent, having “only/past/telling the whole/valence.” Even Coolidge’s page numbers remain.

Mantis needs these remainders, even as it attends to their constraints, though its focus on the politics of the material is sometimes undone at the limits of its material relations. The fact of erasure is an attention to a prior text, even in the act of undoing, so that Dowker’s efforts alternatively reify and refigure the resource extractions of Coolidge’s work. However, in this fraught dynamic, Dowker seeks out a tactile pleasure in Coolidge’s textual body. This pleasure is overwhelming, restless, and radical in its gestures toward a languaging of relations.