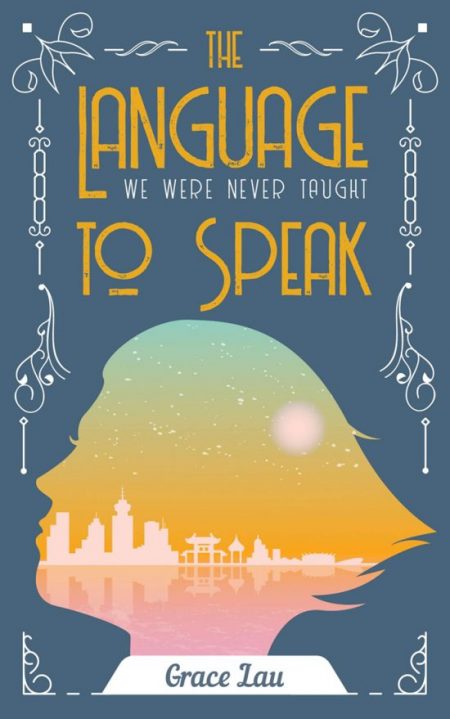 The poems in Grace Lau’s debut collection, The Language We Were Never Taught to Speak embody wryness, curiosity, and care. In the first poem, “When Yuhua Hamasaki Went Home,” the major themes and movements of the book are revealed in the following phrase: “survival doesn’t always/look like/a war.” The poem references an episode of Ru Paul’s Drag Race to reflect on the similarities between drag, Cantonese opera, and even the Chinese language itself. Lai concludes that all of these things, and life, are strange but…

maybe it’s no stranger than how we take

the names of those who bruise us

to me almost everywhere I go.

Lau’s collection abounds with love—self-love, selfless love, romantic love, familial love. A love for ancestors. A love for understanding, communication, and sacrifice. A love of language. The expression between loved ones isn’t spoken as much as gestured and intuited. Apology arrives in the form of offering food, and forgiveness in the form of receiving it. The author’s deep familial bonds come through in these pages (her brother, Daniel Lau, illustrated the book’s cover).

Lau also demonstrates a love for justice. She’s an investigator and a witness to inequities, her insights moving between the contemporary and the historical, the personal and the political. Titles such as “In a Silicon Valley Coffee Shop, Elon, Mark and Jeff Talk About Their Dreams” and “21st-century Hustle Culture: Interim Research paper” point to Lau’s interest in probing what are described as “small, profit-driven cult groups (See: Amazon, Tesla, Uber).” These poems attend to intercultural and intergenerational dynamics of historical and ongoing labour inequities. The latter poem ends with the recommendation of further research into early-1900s Russia and early-1500s China to drive home that when it comes to labour issues, the world hasn’t substantially changed over the centuries.

The book’s refrain throughout— “my body”—allows Lau to write her identity, her coming of age as a queer person, her questions, and her fulfillments alongside the “Chinese girls who are not good, not submissive,/who aren’t ashamed/to be hungry.” The collection carves a path between the hopes and expectations as well as “the distance between being/ loved and being accepted.” The poems also often touch on the meaning of home, in pieces like “Going Home” and “Letter to Longing,” where the author experiences “home in a T&T Supermarket” and “in Chinatowns that feel the teeth/of the years.”

Like in “When Yuhua Hamasaki Went Home,” the collection blends heritage and pop culture with the mixed blessing of navigating multiple worlds. Lau uses language she was not taught but is developing along with her reader.

this feast is for us. 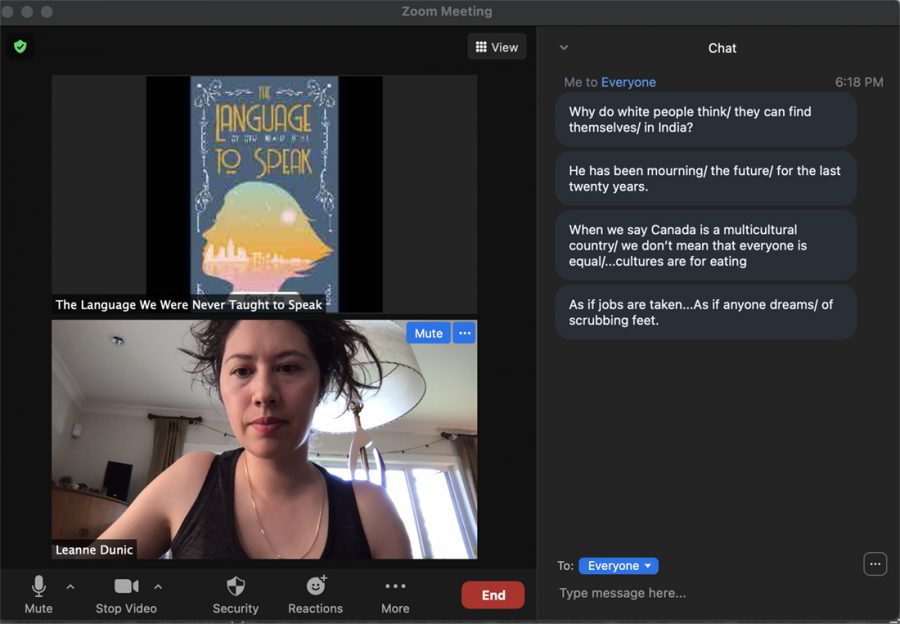 I was first introduced to Lau and her work when we shared the virtual stage at the Eden Mills Writers Festival. While each of us read our poems over Zoom, audience members wrote in the chat box lines that resonated with them. Reading this collection, I wished there was a chat box for me to respond to the lines that resonated. There were so many.

The Language We Were Never Taught to Speak by Grace Lau was published by Guernica Editions in 2021.