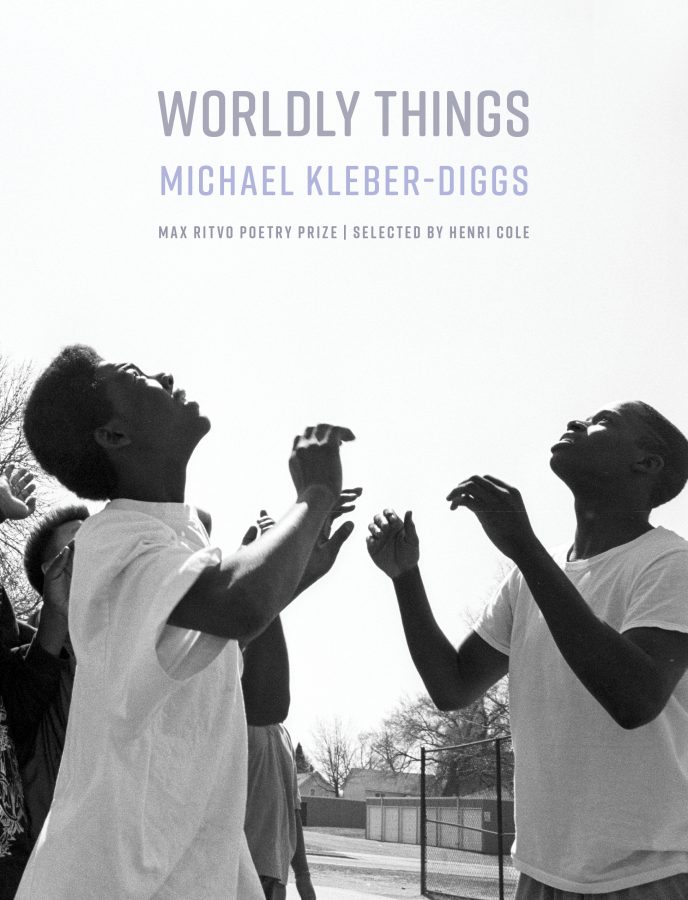 On April 11, 2021, Daunte Wright was murdered by the police during a traffic stop in Brooklyn Center, Minnesota. I used to pass Brooklyn Center two mornings a week, driving on Interstate 94 to my 8 AM art history survey course. Every trip, I’d see multiple cars pulled over by police on the stretch of highway between Northeast Minneapolis, where I lived, and Maple Grove, the Northeastern edge of the Twin Cities metro area. In my fifth year, on my way to our beginning of year department meeting in late August of 2016, I noticed a blonde woman being pulled over. I saw two more white people getting ticketed for speeding that morning. Until I noticed it then, I hadn’t noticed that I’d never seen a white person pulled over on that commute before.

Earlier that summer, Philando Castile had been murdered by an officer during a traffic stop in Falcon Heights, MN, fifteen minutes from my home. Castile’s murder came less than a year after the murder of Jamar Clark by two officers in Minneapolis and four months after the Hennepin County Attorney declined to prosecute them. The previous year and a half in the Twin Cities had been dominated by large protests occasioned by these three incidents. We now know that no meaningful reforms were made, but for a short while highway cops were under pressure to achieve some measure of representational equality in their citation stats.

Red traffic light unaware I am there. Darkness,
no cars coming, no reason to wait—no policy
vindicated by my compliance: left, then right, then
left again. Headlights on, brake lights working,
me a warrantless man, a man without priors,
an insured man—able to prove it. No cars coming,
no reason to wait. I run it. I run it every day. I run
the red light like I’m free.

“Fixtures” is followed by “America Is Loving Me to Death,” which was widely retweeted—dare I say, it went poetry-viral—when it appeared on Poets.org last fall, after the murder of George Floyd in Minneapolis but before the murders of Daunte Wright and Winston Boogie Smith Jr. Each line of “America” ends with one of the first twenty-four words of the US pledge of allegiance, in order. The pledge’s twenty-fifth word, “indivisible,” appears in the middle of the final line. The remaining words in the pledge, “with liberty and justice for all,” are conspicuously absent. Beyond its obvious meaning, this elision also hints at an instrument of force silently ending the poem with an extinguishing of the poet’s breath, an echo of the reference to Floyd’s murder in its first line: “America is loving me to death, loving me to death slowly.”

While much of Worldly Things must have been written before Derek Chauvin kneeled on George Floyd’s neck for nine minutes and twenty-nine seconds, Eric Garner had already told the world in 2014 that “I can’t breathe.” The repetition of images in the media of Black people murdered at the hands of law enforcement exerts a slow weight that these poems, in their own repetition of these images, make palpable. In “Grinding Down to Prayer,” a poem that more directly responds to Floyd’s murder, Kleber-Diggs moves from “I woke up to the news you were dead” to “America on my neck” to “My dentist says I grind my teeth” to “I hoped so hard/it almost made a prayer,” approaching, if warily, Ashon Crawley’s utopian thesis in Blackpentecostal Breath (Fordham University Press, 2016). “To breathe,” Crawley writes, “is to offer a critical performative intervention into the western juridical apparatus of violent control, repression, and yes, premature death. Thus the importance of attending to the ways air, breath, and breathing are aestheticized.”

When I pitched this review, I told the editors that I didn’t want to reduce Worldly Things to its concern with Black death, though its spectre hangs over almost every page. The collection’s fifth poem, “After You Left,” establishes that Kleber-Diggs lost his father when he was eight. “[T]he weight of your absence,” the poem begins,

became a black hole revolving
around my memory of you—itself
a black hole.

When the reader learns a page later, in “Superman and My Brother, Spiderman and Me,” that the poet’s father died from a gunshot wound, “black hole” takes on another meaning. Kleber-Diggs sets up this reveal in the poem’s first lines: “My brother and I were born to educated, middle-class parents/eleven days after Martin Luther King’s assassination.” He goes on to describe how he and his twin brother weren’t allowed to play with toy guns like the white neighbourhood children were, and that their parents aspired to non-violence—like Dr. King, he implies, though it’s left unsaid.

But Worldly Things encompasses more, even, than the omnipresent threat of law enforcement and carceral violence multiplied by the burden of intergenerational trauma. Its rhythms, its aesthetics of refrain, the colouring of one image by another that it calls back pages later, all of which make the collection rich—as a collection—most forcefully also act as vehicles for narrating intergenerational bonds. This too is encapsulated in “Superman and My Brother, Spiderman and Me.” “Even then,” Kleber-Diggs writes, “folks knew black boys in a white city needed/more than their parent’s desire to stay safe; they understood about misunderstandings.” “Even then,” he calls back, “black boys were shot/in parks playing games children play.” In 1976, long before Tamir Rice, the poem tells us these things were made known to Black kids as a matter of course; the Talk had been passed down as intergenerational wisdom long before Ta-Nehisi Coates added it to the literary genres of The New York Times bestsellers list.

The “us” in the sentence I just wrote gives me pause. There are times in Worldly Things when I feel like I’m supposed to be learning something about what it’s like to be Black in America—the tone has a weary patience to it, for the same reasons Kleber-Diggs goes out of his way to tell us in “Superman and My Brother, Spiderman and Me” that he’s going out of his way to tell us that his father was “educated, middle class,” and a dentist (remember the teeth grinding). It belies an underlying impatience that reminds me of the ways all people of colour have tried to tell, and are exhausted from telling, other people about our experiences.

But when Kleber-Diggs writes about the industriousness of his grandmother’s garden and the economy of her kitchen in “In Convenience,” I’d like to think he’s telling this to his daughter. The poem ends with an image of the food waste he collects in his city-issued organic waste bin, which segues morbidly to “Gloria Mundi,” a poem that imagines his funeral. “Gloria Mundi” ends in a prayer-like lyric: “Mix me with soil and seed,/compost for a sapling. Make my remains useful,/wondrous. Let me bloom and recede, grow/and decay. . .” But it begins with a more direct address: “Come to my funeral dressed as you/would for an autumn walk in the woods.” When he later instructs his reader, “If my day arrives when you had other plans, please/proceed with them instead. Celebrate me [stanza break] there—keep dancing,” I know he is writing to his daughter, who is in New York studying for her BFA in dance. Following so many images of Black people murdered by police officers, the possibility of the narrator dying unexpectedly, and what is left for our imaginations to spin out from this hypothetical, crystallizes what I previously described as the collection’s slow weight, couched in Kleber-Diggs’s guarded optimism that this is not the thing that he will pass down, not the thing that his daughter will inherit.

I met Michael in the summer of 2017, when he found his way to a free art writing workshop my wife Alex and I were teaching in Minneapolis. We gathered on Wednesday nights for six weeks at an artist-run centre called Public Functionary. It was meant for young writers of colour, because the Twin Cities are the Twin Cities [1], but the way we phrased our invitation was for “writers who feel that they have insufficient access to our cities’ ‘conversations’ about art.”

Michael was already a published writer—though far from the only one in the workshop—and the oldest among the participants who regularly attended our sessions. He contributed much wisdom to that workshop and I think he also, as Alex and I both did, learned a lot from the other participants, who were mostly in their early twenties. One time, when we’d each arrived a little early and were waiting for Tricia to open the gallery for us, Michael acknowledged that if Alex and I were both there every week we were probably paying for a babysitter (actually, the workshop was enabled by the generous childcare of some wonderful friends of ours). Then we chatted a bit about the challenges of the first years of parenthood.

Almost immediately after that workshop ended, our family came back to Vancouver to take a much-needed break from Minneapolis—a permanent one, it turned out. In the almost four years since, Michael and I have interacted sporadically on Facebook, where he posts incredibly thoughtful things and has an enormous following. I bring all of this up because I’ve learned a lot about parenthood from his Facebook posts. I know that in “Gloria Mundi” he is writing to his daughter, whom I’ve never met but whose name I know, because Michael is an Internet #GirlDad and I’ve seen him gushing about her accomplishments. Two years ago, after his final parent-teacher conference, he posted a memory from her first year of school, reflecting on the necessity of forming constructive relationships with her educators. In a disquieting early encounter, the principal had singled out his then-five-year-old daughter, a mixed-race Black girl in an extremely white city, for being “prone to petty infractions.” “I remember being concerned,” he wrote, “for [her] and about the principal.” I walked my son to his first days of kindergarten last September with this wisdom in mind.

Worldly Things begins with an image of a Black boy in the backseat of a police car, seen from the narrator’s car across the street while he waits to pick his daughter up from school. It ends with an image of a woman, who we are left to assume is white, crossing the street as he crosses her path on a neighbourhood walk. “Ars Poetica,” the most touching poem in Worldly Things, brings these two images together. The narrator recounts a dream of having the police called on him by a neighbour. He frames the anecdote casually, but everything is at stake in this line: “I’m writing this on my phone while I teach my daughter to drive.”

[1] According to the most recent published census, the Twin Cities metro area is 73.2% white, although it often feels like more than that. This is especially true in the arts, which are notoriously insular and whose institutions are overwhelmingly white-led and overseen by majority white boards. The poet Su Hwang perhaps said it best: “If Minnesota were a person, I’d imagine the Amy Coopers of the world would fit the bill.” For a primer on living in the Twin Cities as a person of colour, see the wide-ranging and capacious anthology A Good Time for the Truth: Race in Minnesota, ed. Sun Yung Shin (St. Paul: Minnesota Historical Society Press, 2016), and, more recently, Safy-Hallan Farah, “George Floyd Was Killed in My Neighborhood,” in Vanity Fair (June 11, 2020), and Su Hwang, “Letter from Minneapolis: Why the Rebellion Had to Begin Here,” in Literary Hub (June 8, 2020).

Worldly Things by Michael Kleber-Diggs was published by Milkweed Editions in 2021 and is available for purchase here.

On John Brennan’s Rudiments for Hexadrome