On Jeanne Randolph’s My Claustrophobic Happiness 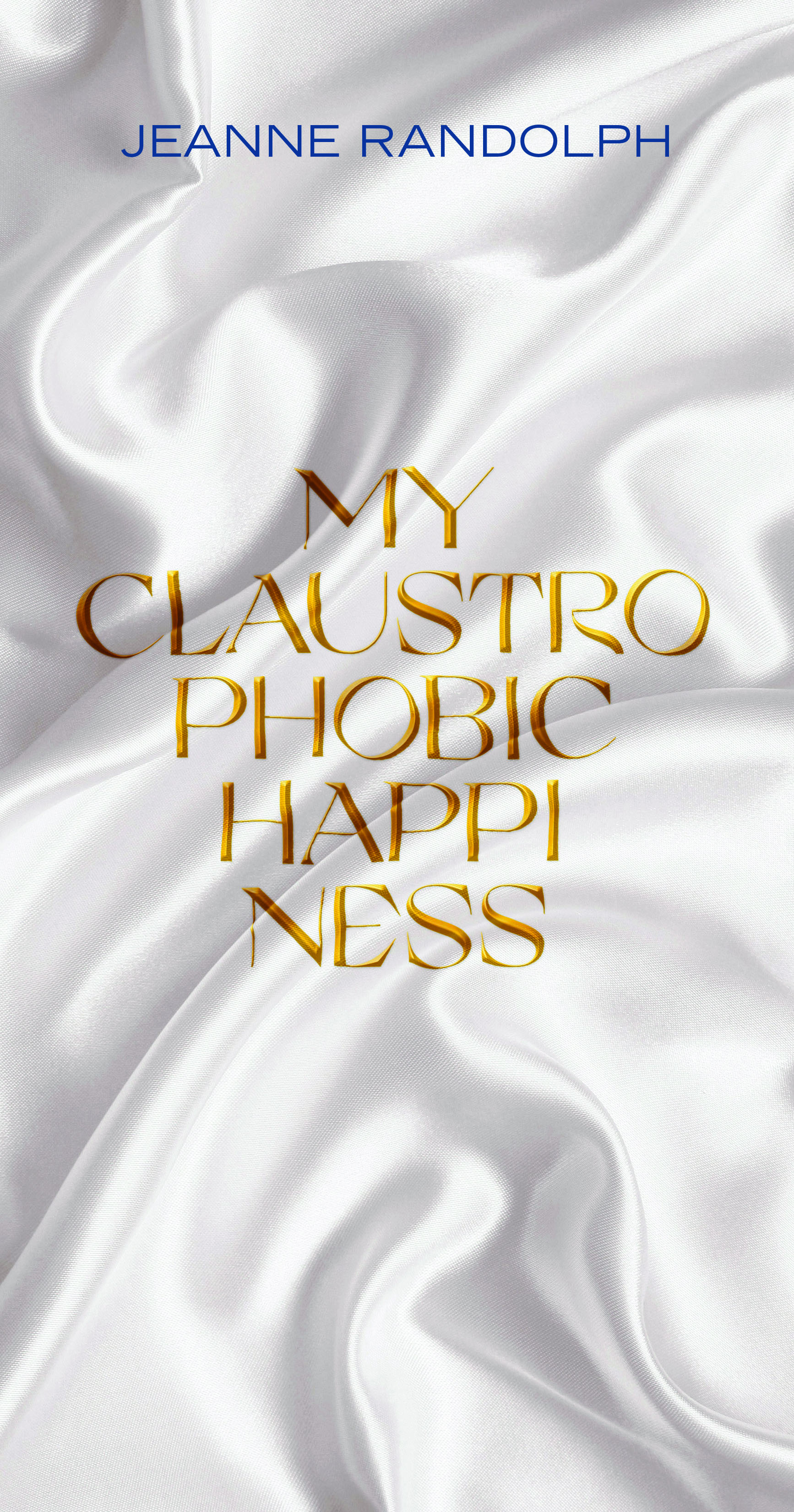 A collection of vignettes, Jeanne Randolph’s My Claustrophobic Happiness follows the fictional character La Betty, a woman wholly devoted to luxury and consumption. La Betty “had set her lifestyle permanently on the plane of Spectacle,” we learn early on, and the ensuing chapters fully illustrate that claim. Endowed with a trust fund and a Vancouver condo overlooking English Bay, she spends her days browsing catalogues, awaiting deliveries, and ruminating on her many expensive objects.

In a scene reminiscent of Woolf’s To the Lighthouse, in which Mrs. Ramsay admires the artful composition of a fruit bowl, La Betty constructs her own mise-en-scène. Noting the beautiful colour produced when the rosy light of dawn graces her silver coffee tray, she makes adjustments to her room, “push[ing] one of her Osvaldo Borsani tables just a little closer to the window” to better appreciate the “evanescent marvel, silver plus pink.” Unlike Mrs. Ramsay, though, whose aesthetic pleasure is firmly grounded in her family’s domestic life, La Betty inhabits a world devoid of other people and largely of meaning itself; to La Betty, “superficiality is ecstasy.” And while she’s mastered the superficial life, she rarely gets the opportunity to fully enjoy it—busy as she is with near-constant spiritual combat.

In every vignette, La Betty encounters a new phantasm intent on steering her away from her steadfast materialism. The apparitions take many forms: the Green Man, who emerges from a pricey Persian carpet praising tree planters; miners parading from the dark of La Betty’s closet, their canaries singing of union men; a creature La Betty initially mistakes for a pearl, who points to the portrait of Queen Elizabeth II on the wall and utters the horrifying claim that the queen is “a mammal and so are you.” The phantasms advertise sensual or intellectual pleasures, but above all they seem to endorse a life of communal participation. On this point, La Betty remains firm. Cloistered alone in her condo, she wards off these “perverse interruptions” by reciting ad slogans and brand names, much like a religious person might use prayer. With her keen ear for perfectly inane marketing copy, Randolph uses these occasions to sharpen her critique. After all, if the language used to sell luxury goods is so laughable (“Ultra Diamond Energy Lips”) then the whole edifice of consumer desire is in question.

With its wry humour and surreal sensibility, My Claustrophobic Happiness is a strange, beguiling text, but the book’s acknowledgements provide some helpful context. Randolph, a cultural theorist, psychoanalyst, and performance artist, is a pioneer and practitioner of “ficto-criticism,” which fuses creative and critical writing. For two exhibitions in 2017 and 2018 (one called “My Claustrophobic Happiness”), Randolph wrote ficto-critical responses to visual art by artists such as “17th century Dutch painter Frans Van Mieris” and Andy Warhol; these pieces form the basis for My Claustrophobic Happiness, the 2020 book. The MacKenzie Art Gallery’s exhibition notes also make clear the inspiration for La Betty: Randolph envisioned her as a 21st-century version of Saint Antony, the Christian monk repeatedly tempted by demons according to Athanasius’s The Life of Antony.

Read without this contextual information, My Claustrophobic Happiness offers a playful commentary on the consumerist mindset. With more context, it offers an idealistic vision of art. As possessions, the artworks in La Betty’s condo may seem as inert as her coffee tray or gold wristwatch, but they often act as the catalyst for a phantasmic visitation. A clothing tag on her silk gown, for instance, metamorphoses into a portrait of a voluptuous Dutch woman (a reference to the Frans Van Mieris work, I assume), who tempts La Betty with her sensuousness. According to this interpretation, art is subversive, indeterminate, and alive. Despite La Betty’s desire for control, for a hermetic world focused entirely on consumption, the art is working on her, eliciting surprising and often unwanted reactions.

Decidedly not a novel, My Claustrophobic Happiness might be more akin to a collection of prose poems predicated on repetition, a fever dream of capitalist excess. With its cover image of iridescent silk and gold lettering, the book is an appealing object, something even La Betty would welcome into her gilded home. I happily added it to my own shelves, where it sits, defying easy classification, luxuriating in its eccentricity.

My Claustrophobic Happiness by Jeanne Randolph was published by ARP Books in 2020.