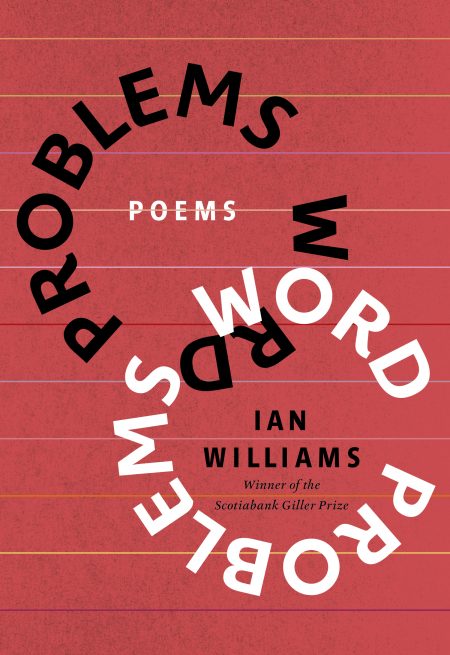 Ian Williams’s Word Problems is a beautiful journey with stops along the way exploring race, gender, love, and nostalgia, ULTRA—disorienting and recognizable all at once. Williams’ turns of phrase stick in my mind, turning over and over, even after moving onto the next line. “There are two people at a table for six. Note: not two of us. One and an other” evokes a specific moment in time, while also being timeless because being an “other” due to race, racism, gender expression, and gender discrimination are of this specific moment, while also being of every moment that has come before this one.

What does it all mean? Williams asks this question in myriad ways, unable to give us the answer because there isn’t one. The running commentary, sometimes wry, sometimes achingly sincere, is like a choose your own adventure, or maybe more like choose your own privilege, based on your race, gender, and socioeconomic class.

From beginning to end, the literal through line of running commentary provides food for thought, a poem within a poem. Williams invites you to play out scenarios, leading you to examine a situation from the perspective of a person with immense privilege, and from the perspective of a person who does not get to enjoy privilege. For instance, “suppose you were /  say  /  in an airport waiting on a connection  /  on or for your call  /  you don’t have to be a man if you don’t want to be /  but you must be black.”

As a Black woman who has explored the question “where are you from” in my own writing, the poem “Where Are You Really From” spoke volumes to me. This is a question that resonates with every person of colour who has been expected to make their self-identification fit with the answer the person asking is looking for. Along these same lines, I also appreciated the visual cleverness of situating two “i”s among a crowd of the word “white”in “Our Eyes Meet Across Yet Another Room.”

I am a sucker for a good pop culture reference, so I was delighted to find several sprinkled throughout Word Problems. From referencing Moonlight and La La Land to song lyrics from Whitney Houston, Adele, Frank Ocean, and many more, this referencing was another layer to Williams’ writing that set it apart for me, adding depth to the work without being a distraction.

There were moments that were deeply felt, landing with the physical and audible thuds of gut wrench. “He still wants to eat it. Yet he should not eat food that has fallen on the floor. Will the surveillance video be enough to convict the officer who shot his father?” Just pasting that quote makes my eyes prick with tears because of the realness, the unfairness, the inequity captured in those lines.

Throughout Word Problems, Williams delivers moments of levity as deftly as he captures moments of anguish. Visual loops existing within verbal loops existing within visual loops. It is like being on a carnival ride of emotional chaos where you don’t want the ride to end, even if that means sitting in discomfort. I will happily sit in discomfort on whatever poetic ride that Ian Williams chooses for his words to take us on next.

Word Problems by Ian Williams was published by Coach House Books in 2020.