For this month’s “From the Archives,” we combed through our past issues for work that speaks to the different ways that sound – its absence, its presence, its musicality – has inspired artists from different backgrounds and walks of life. First, we stop by Issue 1.14 (1978) and visit Daniel Powers’s “Dancer,” in which three black-and-white photographs capture the titular figure moving to upbeat music, their limbs and hair ablur. Next, we share work from Issue 1.31 (1984): Sound Poetry, where we find Gerry Shikitani’s erudite meditation on the use of silence in art, “THINKS THAT GO BUMP IN THE NIGHT.” Moving forward two decades to Issue 2.49 (Spring 2006), we encounter Phinder Dulai’s “Mourning—A Series of Ghazals,” in which traditionally sung couplets are used to unpack the relationship between death and warfare. Finally, Issue 3.9 (Fall 2009), which paid tribute to poet and author Robin Blaser, features Lloyd Burritt’s sheet music for “Suddenly,” which was written as accompaniment to Blaser’s poem of the same name.Check out all four pieces below. 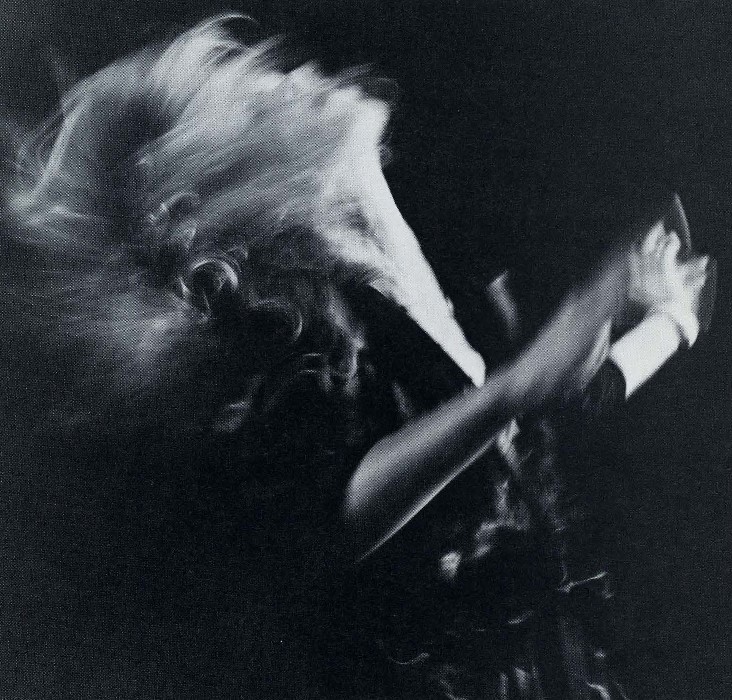