This month’s selected clippings from the archive, guest curated by Fred Wah, contemplate and implicate a similar ocean of diasporic anxieties about family, chosen or otherwise.

Read all four works below (and with thanks to Fred Wah for this selection): 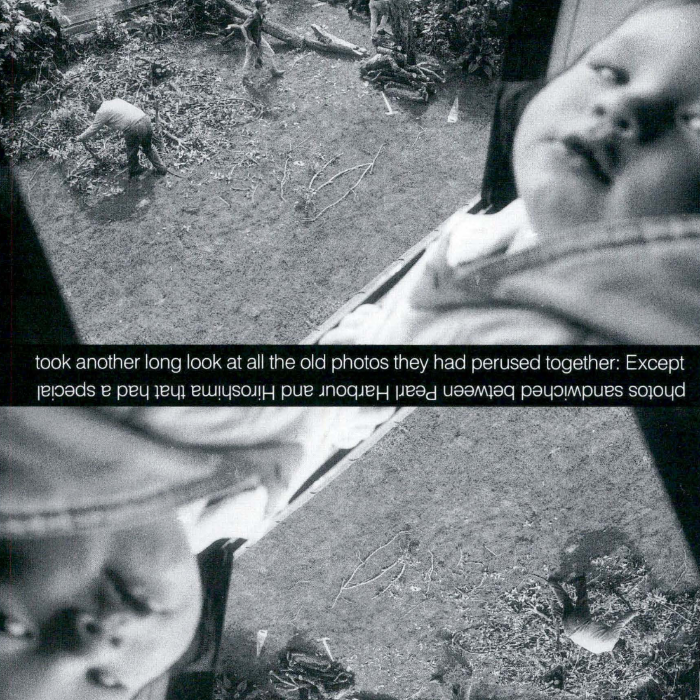 Pacific Windows is dedicated to Kiyo Oe, my mother, and my three daughters, Mariko, Fumi, and Kiyo.

Fred Wah
Five Poems excerpted from Breathin’ My Name with a Sigh
from Issue 1.2 (1980)

Mercedes Eng
prison industrial complex explodesfrom Issue 3.28 (Winter 2016)my dad is inside when I am born. after I come out we live in Vancouver a bit then move to Abbotsford to be closer to the prison. we visit almost every weekend, both days, 8 hours a day. he gets out when I’m 2, but goes back because later I remember my mom saying I have a surprise for you and I think it’s a record player, but it’s my dad behind the door, home from jail. so he went somewhere between 2 and 7, somewhere with dinosaurs and a bumpy gravel road.Read prison industrial complex explodes >