On Chantal Gibson’s How She Read

Congratulations to artist and writer Chantal Gibson! Her book How She Read was recently shortlisted for the Griffin Poetry Prize. Gibson’s book was reviewed in TCR’s Fall 2019 issue, full review available to read below. 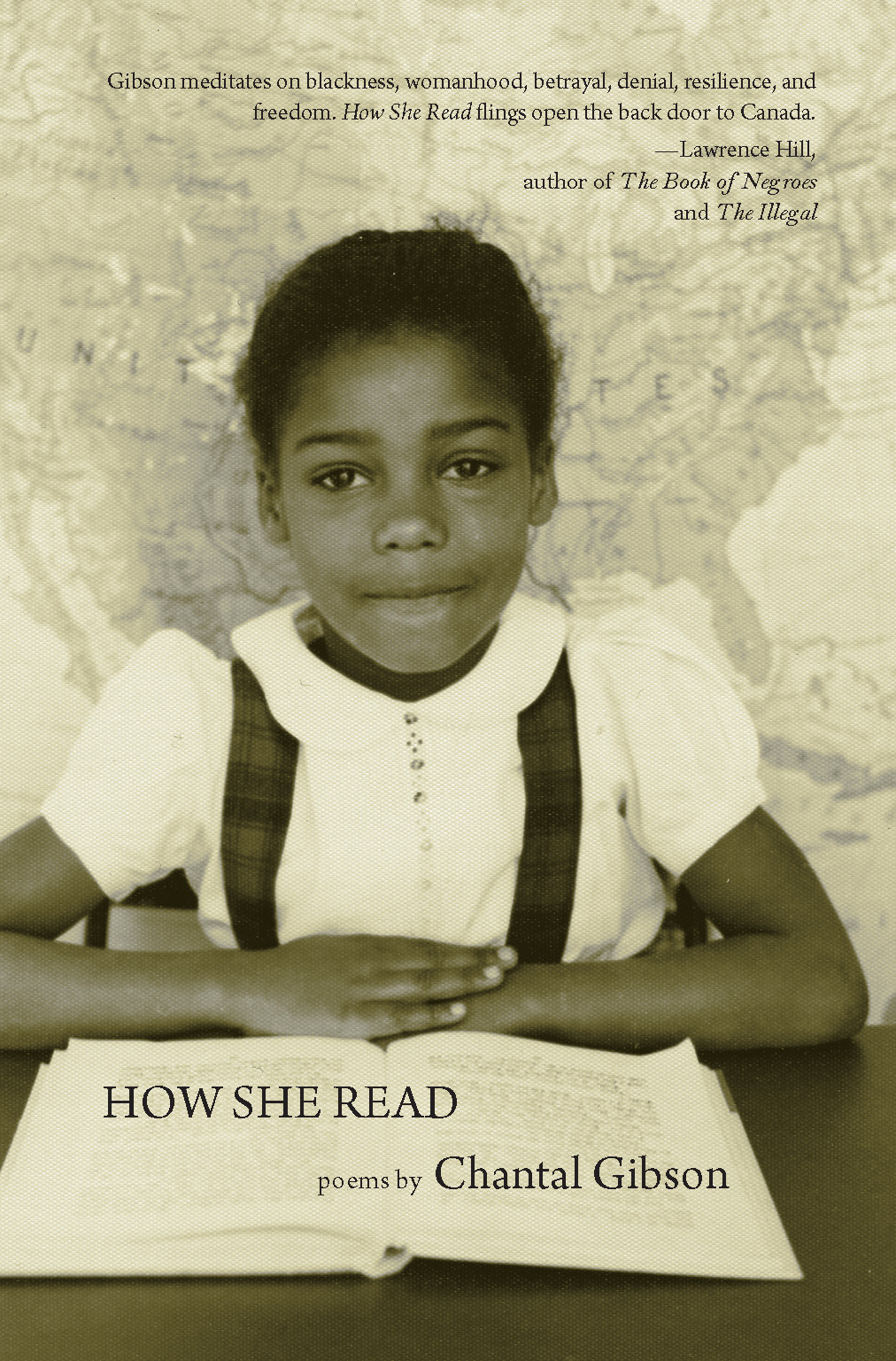 Review of Chantal Gibson’s How She Read (Caitlin Press, 2019)

Chantal Gibson’s first collection of poetic texts gathers peripatetic sources to school the reader in how we learn colonialism and other systems from the inside out. Based loosely on a 1947 educational writing and spelling book for eighth graders, How She Read is as close a poetic attempt of what Audre Lorde called using the master’s tools to dissemble his own house as I’ve seen.

In the notes section Gibson explains: “Writing this book forced me to reflect on the colonizing effects of the English language and to challenge the rules deeply inscribed in my own thinking. This shorthand is derived from the process of deconstructing my own cursive handwriting. If you can’t read it, you aren’t meant to.”

So much of learning takes place within the semiotic codes of a colonial framework. Gibson’s sharp abilities and affinity for ideas of text and subtext and supertext combine into sparkling representation of how we incorporate lessons that are not only taught but inflicted. Gibson, an artist-educator who teaches writing and design communication at Simon Fraser University with an emphasis on questioning common knowledge and hegemonic structures is clearly in her zone of expertise.

In one of the most unforgettable sequences, “Centrefolds: Delia & Marie-Thérèse on Opening Night,” Gibson imagines the conversations between two black women of different time periods conversing through the frames of the portraits painted of them by white men. She reproduces the portraits in full colour (thank you, Caitlin Press for spending the extra money on these images and the visual poems!) and reads us the portraits by voicing the women. The first four lines set the tone:

Who did that to you, Africa?

In the exchange between these women across centuries a different type of learning ensues as they debate topics including McLuhan’s medium vs. message, ideas of objectivity, and microaggressions.

A first read of these poems will be vastly different from the third as Gibson’s lessons accrue. These come about subtly in the sequencing of the book and more obviously, in the gates and doorways of redacted words and blank spaces. Gibson’s meta-tactics of problematizing entry into the text lead straight from social critique to her central, perpetual question: does a reader ever de-code a book entirely?

Gibson retools the idea of learning “slant” to paraphrase Dickinson, by studding this book with lodestones of Black culture, including Nina Simone, Harriet Tubman, Lionel Richie, Dionne Brand, and Maya Angelou. She begins the poem entitled “passive voice” with an epigraph from Rita Dove: “If you can’t be free, be a mystery.” This book is a prism of positions and possible lessons; Gibson reminds us that the most dangerous stance may be assuming that we already “get it.”